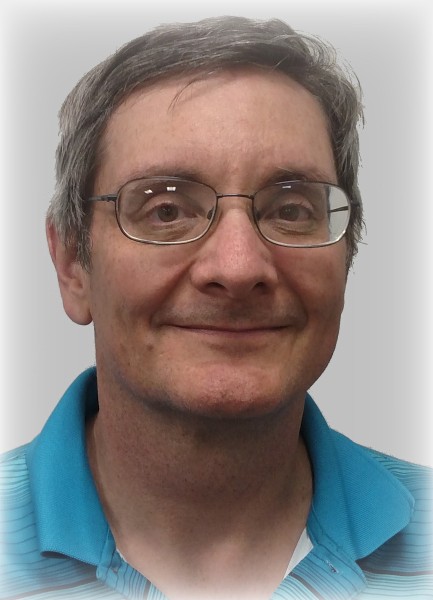 I’m a software engineer in Santa Barbara, CA with a passion for computer science, electrical engineering and embedded systems technology.

I earned a Bachelor’s degree in Mechanical Engineering, and then a Master’s degree in Electrical Engineering from the University of California Santa Barbara. While attending UCSB, I began my software engineering career as a VMS Systems Programmer for General Research Corporation, holding a secret security clearance. There I became one of the divisions top programmers, updating device drivers, writing the EDX Editor which became very popular, and earning steady recognition for outstanding contributions.

In 1992 I joined Applied Magnetics Corporation. I spent eight years as a VMS Systems Programmer writing and maintaining their manufacturing execution software applications. In this position I wrote, maintained and upgraded a database program for tracking wafer defects that transformed and reduced defect tracking time from 5 minutes to 10 seconds. Soon after the company closed, I accepted a position as Software Developer and Chief Editor for Multi-Edit Software, Inc. I completed code development for their text and code editor, identified and fixed bugs, and produced extensive documentation. Most notably, I was the Chief Editor for Multi-Edit’s 2006 User’s Manual.

For the majority of the time since leaving Multi-Edit Software, Inc., I have been involved in cutting-edge, project-based work as a Software Engineer Consultant and Researcher. I have also converted numerous books to Kindle and EPUB format, and I am a prolific writer. My published independent research has earned 5-Star Ratings from Amazon.com.

I find the field of software engineering enormously rewarding and I am excited to be a part of it. Originally we wrote procedural code and created code libraries. Today, we create OOP programs using OOAD principles and UML diagrams, following the SOLID and DRY principles of good software design. We strive to write code which is easy to maintain and modify. Software design is constantly evolving and the possibilities within it are endless.

I started tinkering with electronics as a kid alongside my father who had a PhD in Electrical Engineering from Stanford University. In those days we had a den set up with a wide assortment of test equipment. I never grew tired of working with oscilloscopes, variable frequency generators, frequency counters, variable power supplies, breadboards, logic probes, digital and analog meters, capacitor and transistor testers, and soldering equipment.

When CD players were new and experimental, my first Sony CD player had a problem tracking one of my CDs. The sliding arm the optical laser was on would start oscillating back and forth wildly until it could no longer track the CD. After obtaining a repair manual for the CD player, complete with schematics and circuit board diagrams, I tracked down the feedback circuit for the optical slider, examined the feedback signal, and decided if I could clip the signal to keep it below 0.3 volts that might solve the problem. I added two germanium diodes to the circuit to clip the feedback signal to keep it below 0.3v, and it worked! My CD player worked perfectly from then on.

A few years ago I was involved in pioneering research at the UCSB Institute For Collaborative Biotechnologies. There I designed and coded an Artificial Pancreas System for type 1 diabetics that connected an insulin pump with a continuous glucose monitor via a software feedback loop. My father had been a Type 1 Diabetic for over 50 years, so I felt honored to be involved in getting that project started.

More recently I worked on embedded systems design and development at Santa Barbara Control Systems (SBCS). They manufacture controllers for swimming pools and other large bodies of water such as the water fountains in Las Vegas.

I have also numerous times disassembled laptop computers down to the motherboard and reassembled them back together.

I appreciate you taking the time to learn about me, and I look forward to hearing from you.